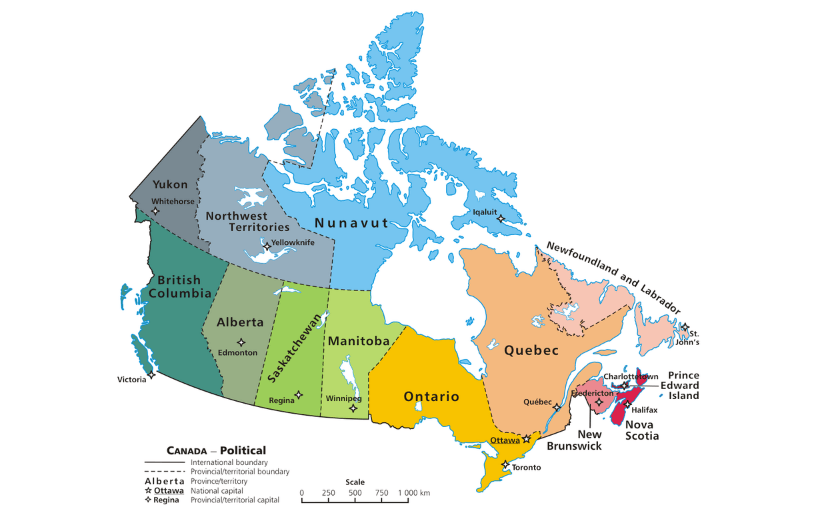 Canada is a beautiful country with temperate and continental climate. Its high standard of living has attracted thousands of immigrants from South East Asia, South Asia, the middle east and parts of Europe. In fact, even some United States citizens move to Canada due to its lower crime rate, hospitality, low population density and lower housing rentals. Further, It has thousand lakes, flora and fauna that attract tourists. It has its own unique culture, English words and gastronomy that can surprise and amaze a visitor or immigrant. When you decide to move to Canada, its helpful to know some of the trivial facts about its culture, environment and climate. Canada is full of fun, challenges and surprises that can test your wits and patience. Learn what some of the fun facts when moving to Canada.

2. Canada has two official languages – French and English. Both languages can be found in road signage, packaging and business shops.

3. Most of Canada has temperate and continental climate experiencing winters and cold temperatures. The northwest territories and Nunavut can experience severe winter due to its northernmost locations.

4. The country experienced the lowest temperature on February 3, 1947 at -63 C in Snag, Yukon Territory.
5. Since there was an increasing number of polar bear threats and attacks in Churchill, Manitoba, people often leave their cars unlocked for other people to escape polar bears. The human and polar bear encounter occurs since these polar bears migrate from tundra to hunt seals in Hudson bay when it freezes.

6. Due to low temperatures, the atlantic ocean near Newfoundlands coastline freezes. This allows people to play hockey in frozen shoreline.

7. Canada is so dotted with lakes that it has more lakes than the rest of the worlds’ lakes combined. The estimates are 31,752 lakes. Larger lakes include Lake superior, lake Huron, great bear lake, lake erie, lake athabasca, Nettling lake, Baker lake, Lac La Martre, Cree lake, Lac Bienville and Aberdeen Lake.
8. Canada is just one of the countries where Prostitution is legal. However, running brothels or working as a pimp are illegal.

9. Yonge street located the shores of Lake Ontario and Lake Simcoe is actually 86 km not 1,896 as defined by some internet sources.

10. Canadian follows the British English way of spelling such as Colour, Centre, Honour, Labour and Behaviour. Canadian English has its own slang such as:

* Eh – used to shorten Dont you agree
* Gitch, gotch, ginch or gonch – means underwear – in BC ginch or gonch is used, in Alberta gitch or gotch is used
* Loonie that means 2 dollar coin
* Serviette for napkin
* Ma and Da – terms used by someone from Cape Breton
* Poutine that is a French fries topped with gravy sauce and curd cheese
* Hydro – electricity service
* Snake – unkind or selfish person
* Rink rat – A person who uses ice rink a lot
* Mudder and Fadder – Mother or Father
* Cunning – Cute
* Canuck – means Canadian, can be derogatory if said by a non-Canadian or non-citizen
* Square head or Tette Carre – derogatory term for Anglophone Canadians
* Frog – derogatory term for Francophone Canadians

14. Banf National Park in Alberta has its wildlife overpass where animals can cross to avoid being overrun by vehicles.

15. Although Canada ranks among countries with high cost of living, still, its apartment rates are lower than most US cities. For instance, in Toronto, Ontario – a bachelor room will cost $902 while in New York it’s $2888. In Edmonton, Alberta a bachelor room costs about $852 while in Philadelphia, Pennsylvania it’s $1063.

No comments to show.